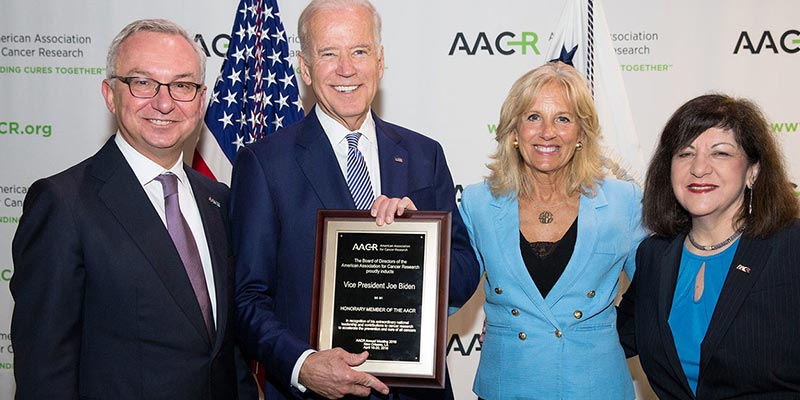 AACR President (2015-2016) José Baselga and AACR CEO Margaret Foti, PhD, MD (hc) present Vice President Joe Biden (accompanied by Dr. Jill Biden) with a plaque commemorating his induction as an honorary member of the AACR. Citation: The Board of Directors of the American Association for Cancer Research proudly inducts Vice President Joe Biden as an Honorary Member of the AACR in recognition of his extraordinary national leadership and contributions to cancer research to accelerate the prevention and cure of all cancers.

The progress and promise of cancer research were focal points of the national conversation throughout 2016—and the AACR was the authoritative voice in that conversation. The discussion was sparked by Vice President Joe Biden, whose son, Beau, died of brain cancer in May 2015. In October of that year, Biden announced that he would forgo a run for the presidency in order to dedicate his energy to “a moonshot in this country to cure cancer... an absolute national commitment to end cancer as we know it today.”

Inspired by the vice president’s passion, President Obama announced the launch of the National Cancer Moonshot Initiative in his January 2016 State of the Union address and appointed Biden to lead it. Galvanized by this challenge from the White House, the cancer research community spent 2016 engaging with the vice president to determine how national resources could best be applied to foster a decade’s worth of progress against cancer in five years.

Even before the announcement of the National Cancer Moonshot Initiative, the AACR provided thought leadership to the White House on the current state of cancer research, on ways to advance regulatory science to speed innovation, on efforts to make more therapies available to more patients, and on the importance of cancer prevention and detection. Since the launch of Biden's initiative, AACR members, leaders, and staff have worked to shape and realize the vice president's vision.

Timeline: The AACR’s Support of the Cancer Moonshot 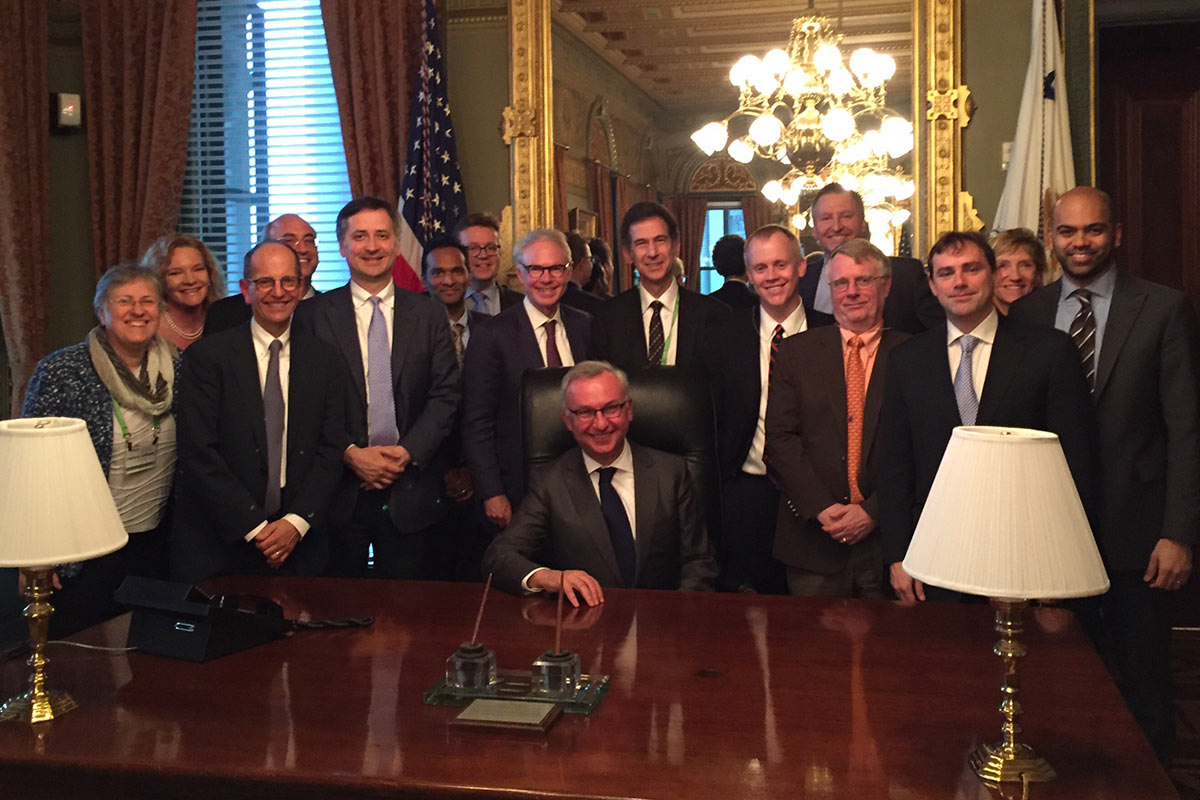 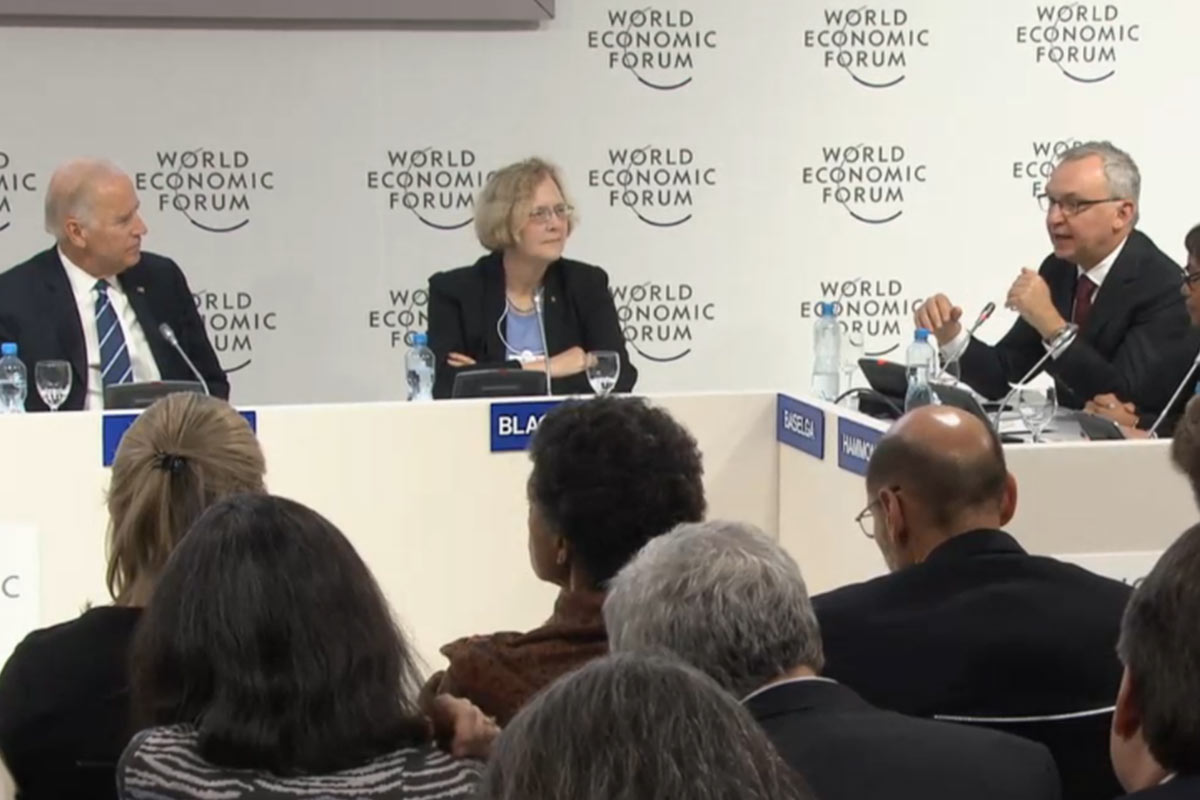 “
I believe we need a moonshot in this country to cure cancer[,] ... an absolute national commitment to end cancer as we know it today.  ”
— Vice President Joe Biden
ROSE GARDEN ADDRESS, OCTOBER 21, 2015 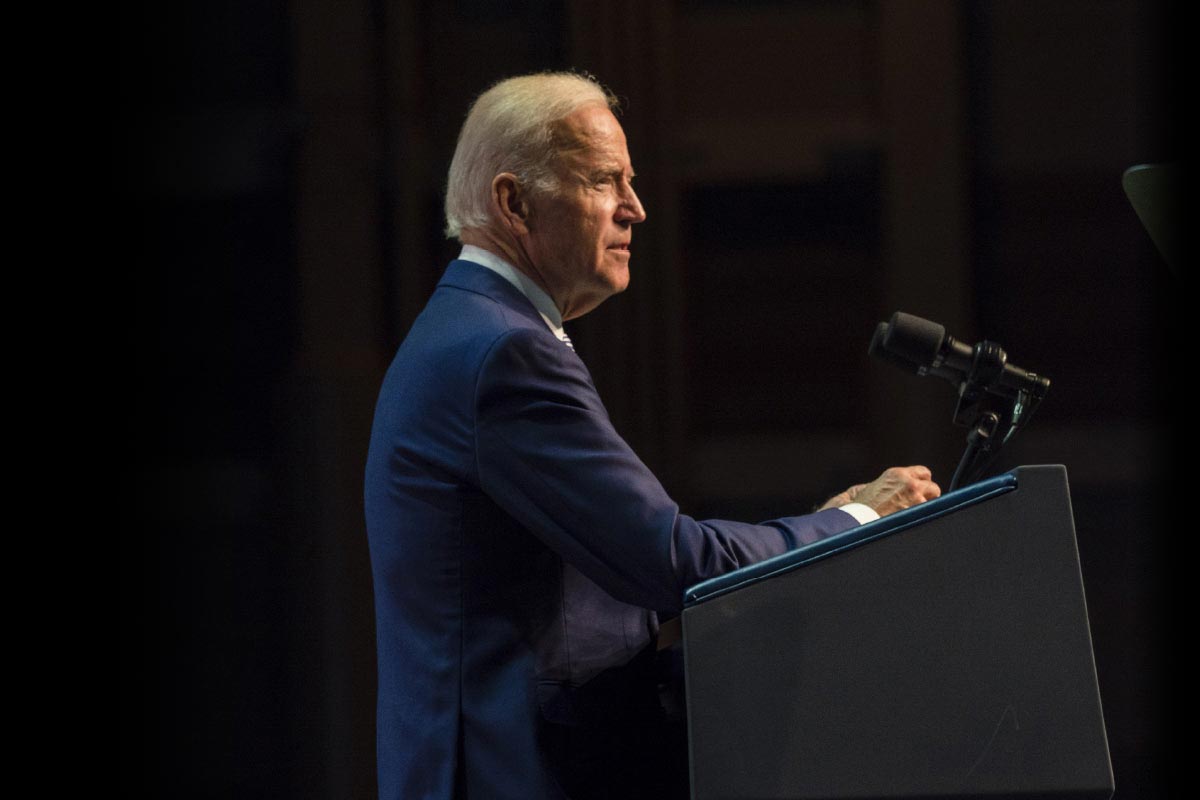 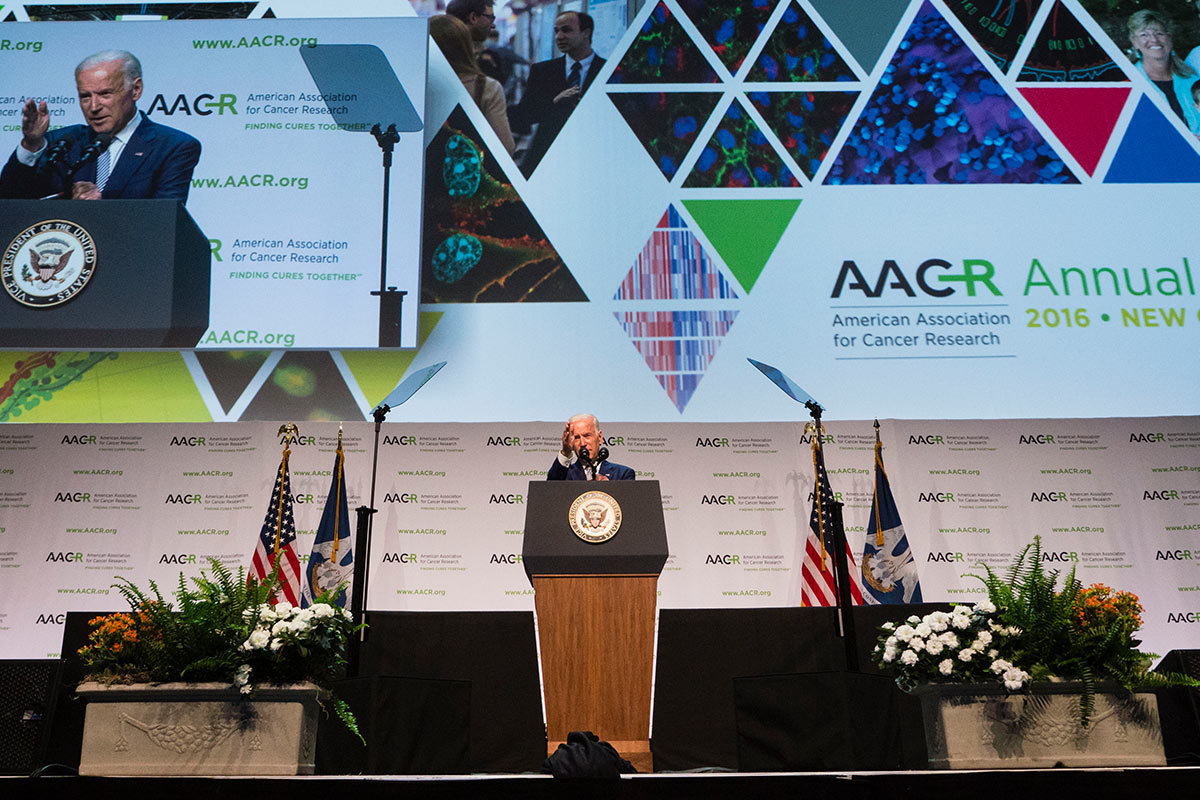 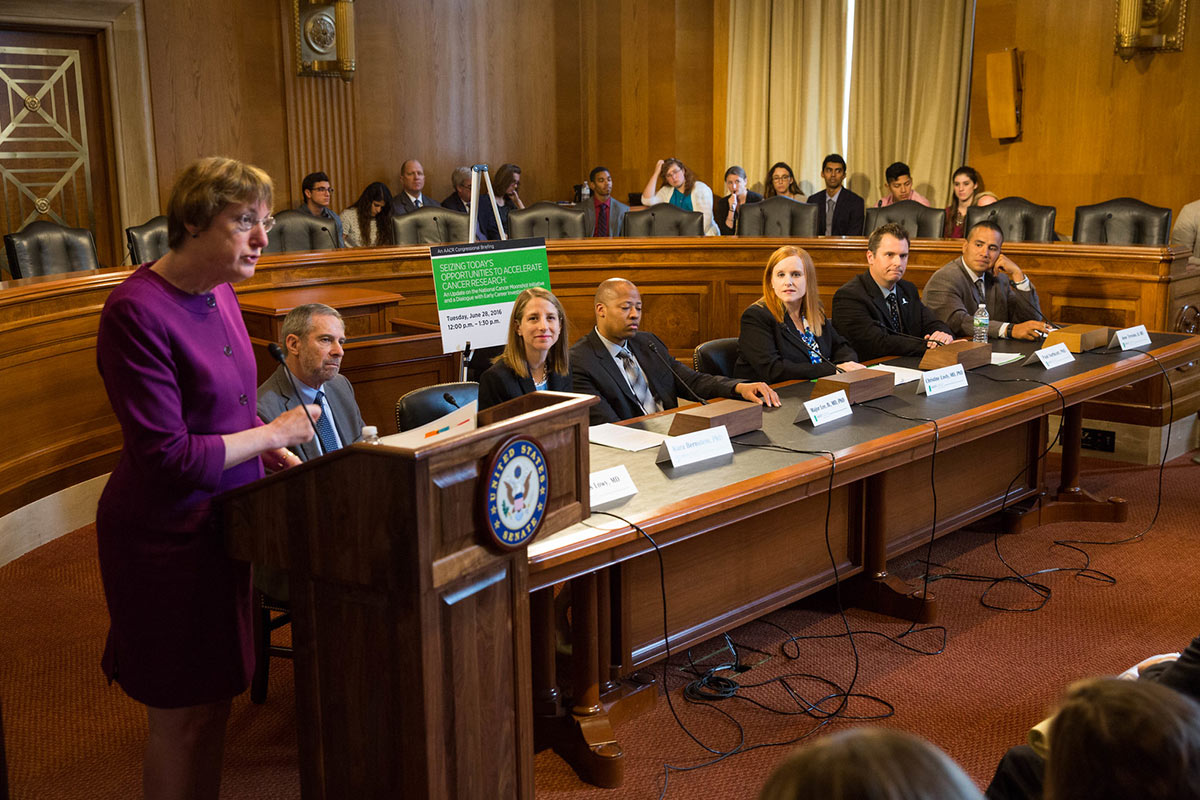 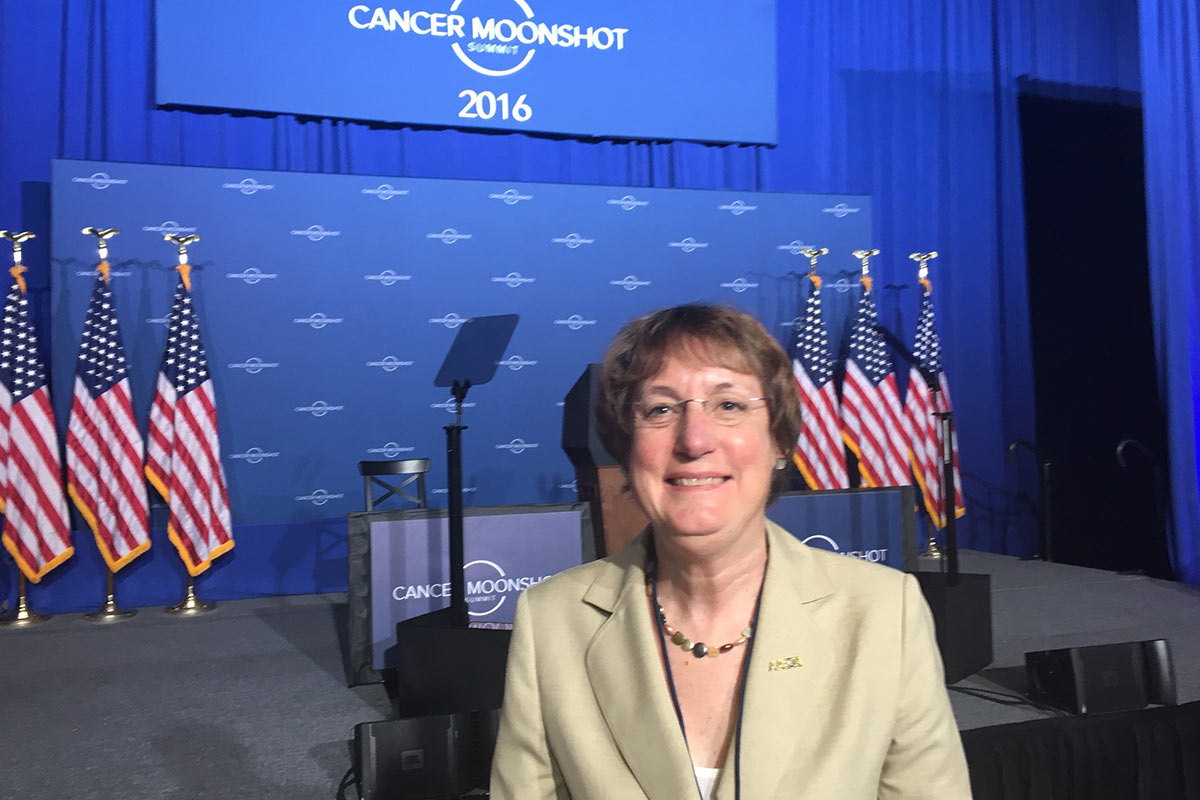 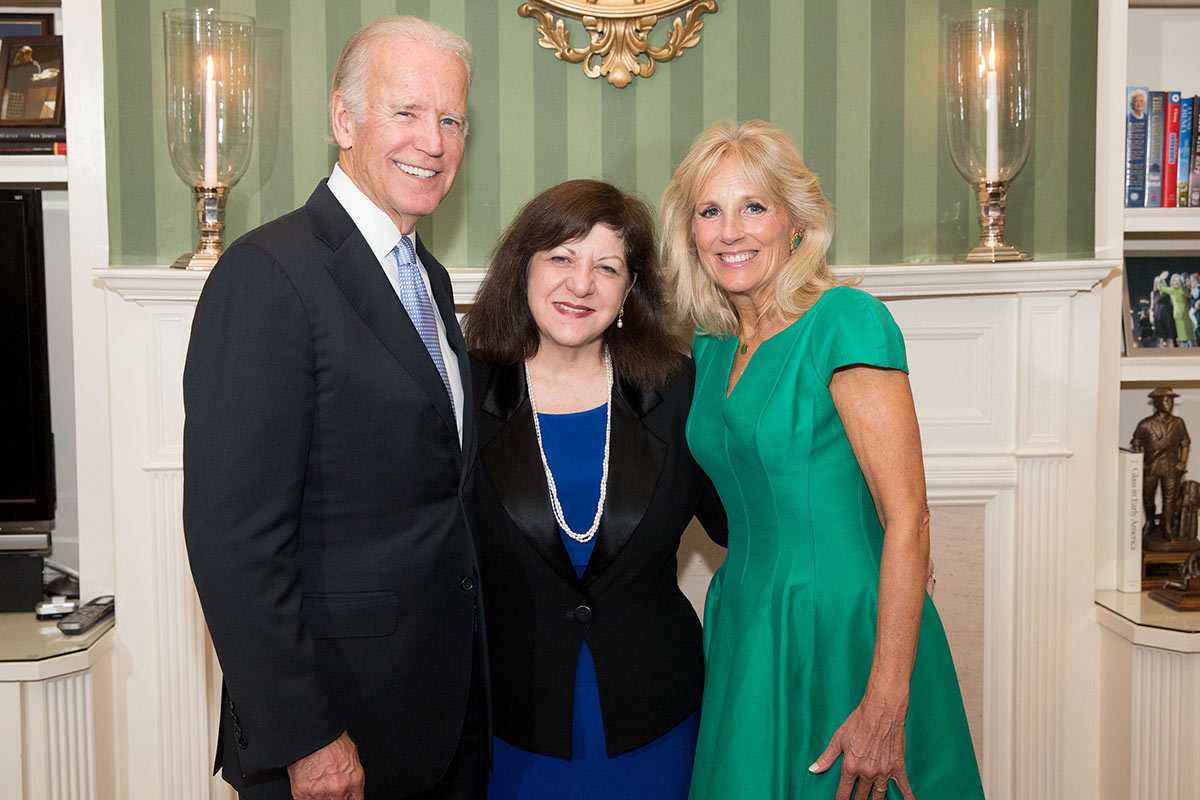